Actor Vicky Kaushal and filmmaker Shoojit Sircar will be seen in the upcoming episode of The Kapil Sharma Show to promote their film Sardar Udham. In a new promo, host Kapil Sharma is seen pulling Vicky’s leg on his rumoured relationship with Katrina Kaif. 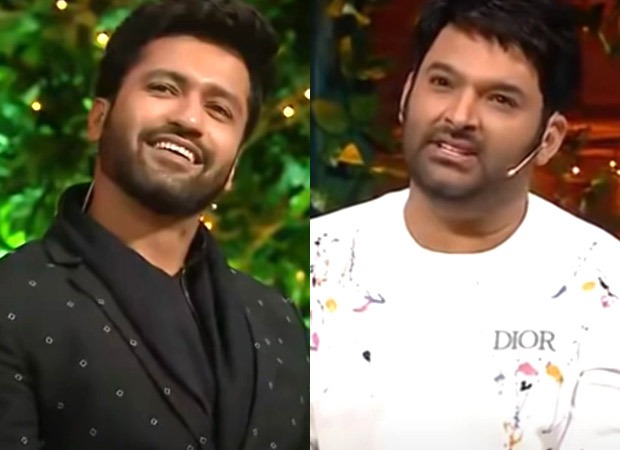 During the episode, Kapil shows Vicky a Hindi news report about him sneaking out to meet Katrina while evading the paparazzi. The report also mentioned that while he tried to sneak, his neighbours have revealed the truth. “Katrina se milne ke liye media ko yun chakma dete hain Vicky Kaushal. Padosiyon ne kiya bhandafod (This is how Vicky outsmarts the media to meet Katrina. The neighbours expose the secret),” read the headline which Kapil read out loudly on the show. Upon seeing the headline, Vicky laughed and hid his face.

Kapil said, “We don’t know how true this story is but they are trying to add fuel to the fire.” To this Archana Puran Singh who is the judge on the show said that he too is adding fuel to the fire by showing the news clipping on the show. Responding to her, Kapil said. “I’m just letting him know. He’s my brother”. Vicky immediately screams out that no one should have such a brother.

Meanwhile, rumours of Vicky and Katrina dating have been around for quite some time. Recently, there were also reports of the two secretly getting engaged. However, it was clarified that the two did not get engaged.