The Kapil Sharma Show will be graced by veteran ace actress Juhi Chawla this weekend. Ahead of the episode going on-air, Archana Puran Singh followed the tradition of sharing glimpses of backstage fun. In the video shared by Archana on her official Instagram handle, Kiku Sharda and Sudesh Lahiri could be seen rehearsing for making a reel on Juhi Chawla’s iconic song ‘Mere Mehboob Mere Sanam’. 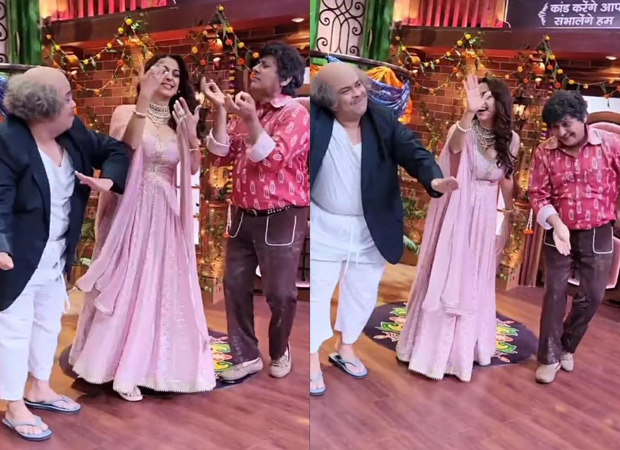 While they were rehearsing Archana goes and mocks them and tells Sudesh that he shall do a ‘meherbani’ and not dance. While Kiku Sharda prepared to shoot, he stood at a place where green light fell on him. Kiku said that he must look like ‘Hulk’ and enacted the powerful ‘Hulk’ pose.

Post that, Sudesh and Kiku shot the reel video with Juhi Chawla which looked hilarious and beautiful at the same time. Archana Puran Singh too was asked to make a reel with Juhi to which she agreed, however hesitated a bit as she feels she is not a good dancer. She requests the fans to not curse her after seeing the reel.

ALSO READ: The Kapil Sharma Show: Taapsee Pannu reacts to a comment on income tax raids against her