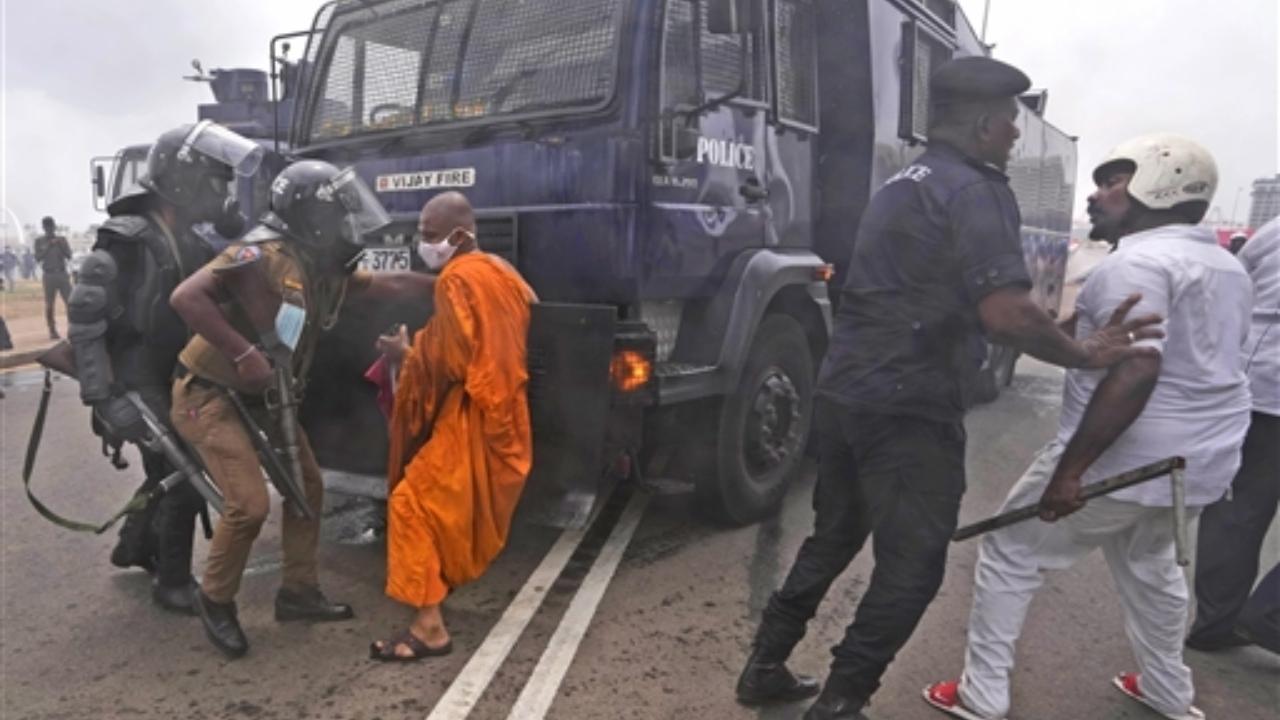 Sri Lanka Prime Minister Mahinda Rajapaksa`s residence in the city of Kurunegala in the north-western province was set on fire on Monday, hours after the leader tendered his resignation to President Gotabaya Rajapaksa, as the country goes through an intensified civil strife amid a crippling economic crisis.

Moreover, two people were shot dead and five others were left injured at the residence of the Chairman of the Weeraketiya Pradeshiya Sabha, local police informed.

The developments come, even as the Prime Minister tendered his resignation and has called for the formation of an all-party interim government to handle the ongoing economic crisis in the country.

The military has been deployed on the roads to maintain calm despite an island-wide curfew, reported Daily Mirror.

The developments come even as nationwide protests against the government have intensified over the past few days resulting in an increase in incidents of clashes with the security forces deployed at protest sites.

More than a hundred protestors were injured on Monday at the Galle Face protest site during violent clashes resulting in a nationwide curfew in the country.

“While emotions are running high in #lka, I urge our general public to exercise restraint and remember that violence only begets violence. The economic crisis we`re in needs an economic solution which this administration is committed to resolving,” Mahinda Rajapaksa said in a tweet shortly before resigning earlier today.

Sri Lanka is facing its worst economic crisis since independence with food and fuel shortages, soaring prices and power cuts affecting a large number of the citizens, resulting in massive protests over the government`s handling of the situation.

The recession is attributed to foreign exchange shortages caused by a fall in tourism during the COVID-19 pandemic, as well as reckless economic policies, like the government`s move last year to ban chemical fertilizers in a bid to make Sri Lanka`s agriculture “100 per cent organic”.

Due to an acute shortage of foreign exchange, Sri Lanka recently defaulted on the entirety of its foreign debt amounting to about USD 51 billion.

The economic situation has led to huge protests with demands for the resignation of Prime Minister Mahinda Rajapaksa and President Gotabaya Rajapaksa.

Brexit LIVE: Sturgeon teams up with O’Neill to DEMAND Boris cave to EU ‘Don’t tip us over’ | Politics | News

Brexit LIVE: Sturgeon teams up with O’Neill to DEMAND Boris cave to EU ‘Don’t tip us over’ | Politics | News