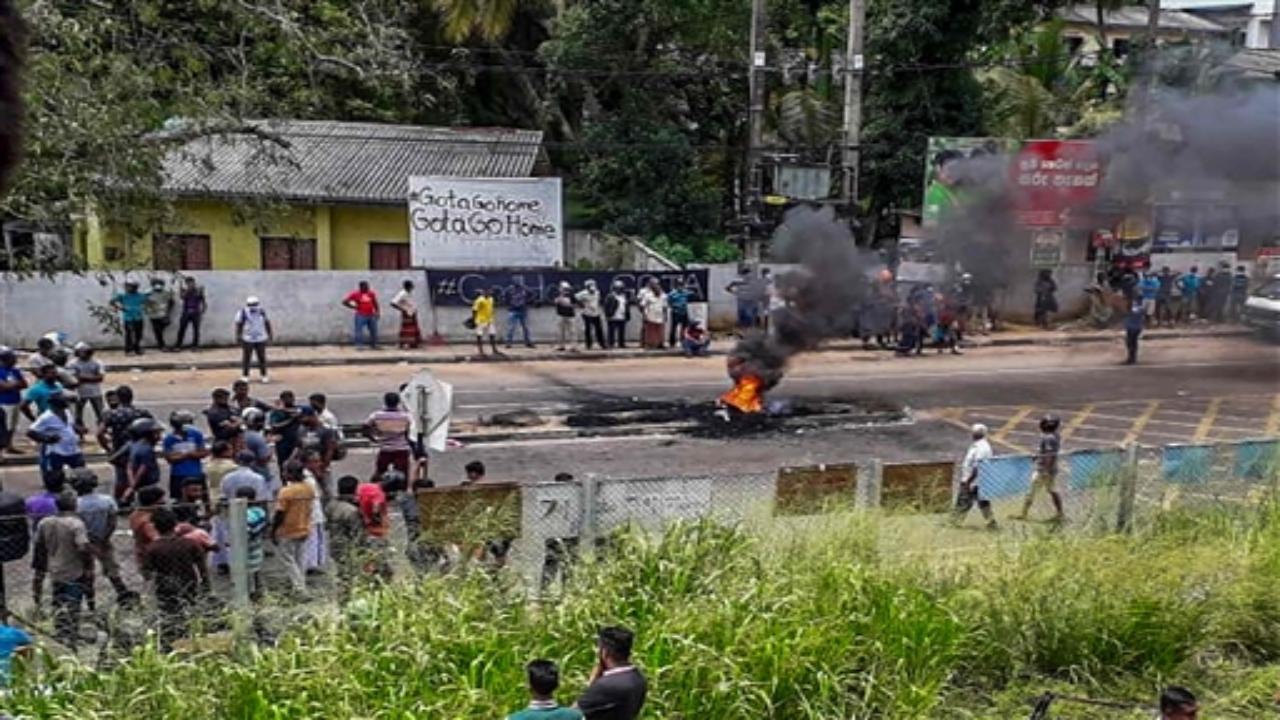 One person was killed while 12 others were injured as police fired upon protesters who took to the streets in Central Sri Lanka against the overnight fuel price hike in the crisis-hit island nation.

In Rambukka, 85 km from Colombo, protesters demanded fuel stored at filling stations at old rates. They later blocked all the roads and railway lines in Rambukka, completely cutting off the access to the city.

The police first used tear gas to disperse the crowd and later opened fire, killing one and injuring 12 others.

The police said they had to open fire as the protesters had turned violent.

“The protesters had blocked the railway track with a fuel tanker. The crowd tried to set the tanker on fire and the police had to shoot to control the mob,” SSP Nihal Thalduwa, media spokesman, said.

The country`s public transportation system came to a complete standstill after protesters around the nation blocked roads in major cities throughout the day.

Private bus owners withdrew their buses in protest against the fuel price hike, demanding the government to step down.

The CPC earlier announced LKR 84 increase in 92 octane petrol, matching the IOC price at LKR 338 per litre. Diesel price was also raised to LKR 289, an increase of LKR 113.

Following the fuel price hike, the country`s bus fair was increased by 35 per cent while the rates of a number of food items were also raised.

Fuel prices have been northbound with the depreciation of the Sri Lankan rupee against the US dollar since early March, the time when the US dollar allowed free floating.