When you want something with all your heart, the universe conspires in bringing it to you. Zee TV’s upcoming show, Tere Bina Jiya Jaye Na, captures exactly this essence as it narrates the story of Krisha Chaturvedi, a girl who has always dreamt of being swept off her feet by a knight in shining armour, and what happens after the day the universe manifests this dream of hers. While Anjali Tatrari will be seen essaying this character, the show also presents popular television actress, Rakshanda Khan in the epic royal avatar of Jayalaxmi. 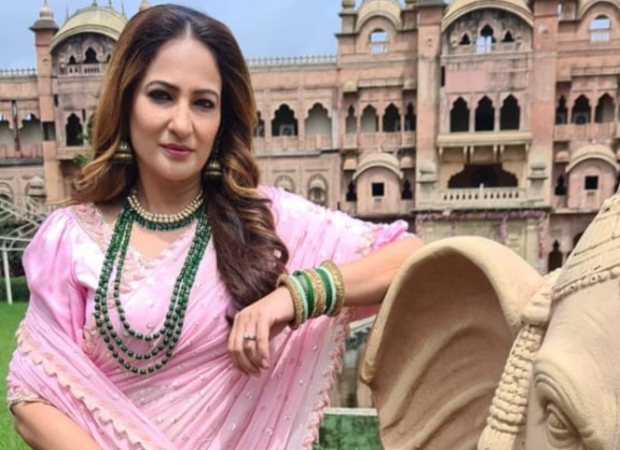 Krisha is a simple, young girl of humble means, who moves into a magnificent palace against the picturesque landscape of the princely state of Ambikapur with hopes of beginning her very own fairy tale with the love of her life, Devraj (Avinesh Rekhi) – the current heir of the royal family of Ambikapur. Unlike Krisha’s world, Devraj’s family still lives in the glory of the Rajwadas and are staunch believers of tradition. Just as she is striving to adapt to the various cultural nuances, and gain acceptance as Devraj’s wife, she meets Jayalaxmi.

Jaya Laxmi or Jaya Maa, as she is fondly called, is the caretaker of the Royal Family of Ambikapur. While she came to the house as a governess for the royal family’s kids, she soon became more like a sister to Devraj’s father, Virendra Singh Rathore. After his and his wife’s untimely death, Jaya Maa became the Matriarch of the Rathore Family and has been taking care of the entire family and its conduct ever since. She is a glamorous woman with a royal demeanor who loves to dress up articulately and socialize amongst her own.

Talking about the show and her character, Rakshanda Khan revealed, “I am very kicked about Tere Bina Jiya Jaye Na as it is starkly different from any show that I’ve been a part of till date. In fact, we’ve seen shows having a fairy tale ending, but our show starts with a fairy tale love story and what follows afterward makes up the rest of the narrative. It has interesting twists and turns, and I am actually excited about playing such a royal character for the very first time. I hope everyone will enjoy seeing me in this imperial avatar. My character of Jaya Maa is very polished with a royal demeanor and someone who upholds the traditions of the royal family while having a brilliant business-oriented mind too. She has a lot of layers to her too, so it will be challenging yet fun, and I hope everyone keeps showering their love on me and our show.”

While Jaya Maa will ensure that the traditions of the royal family are being followed, Devraj will find himself caught between his love for Krisha and his duties towards the royal family and its legacy as the story progresses. Is there a ‘happily ever after’ written in store for Krisha after all? Or will she have to take charge of the situation and earn it?