Priyanka Chopra, who is currently busy with her Citadel shoot, went sightseeing with her mother Dr Madhu Chopra in Spain and has shared photos from their day out. Taking to her Instagram story, she shared some pictures where the mother-daughter duo is seen posing outside historic sites. 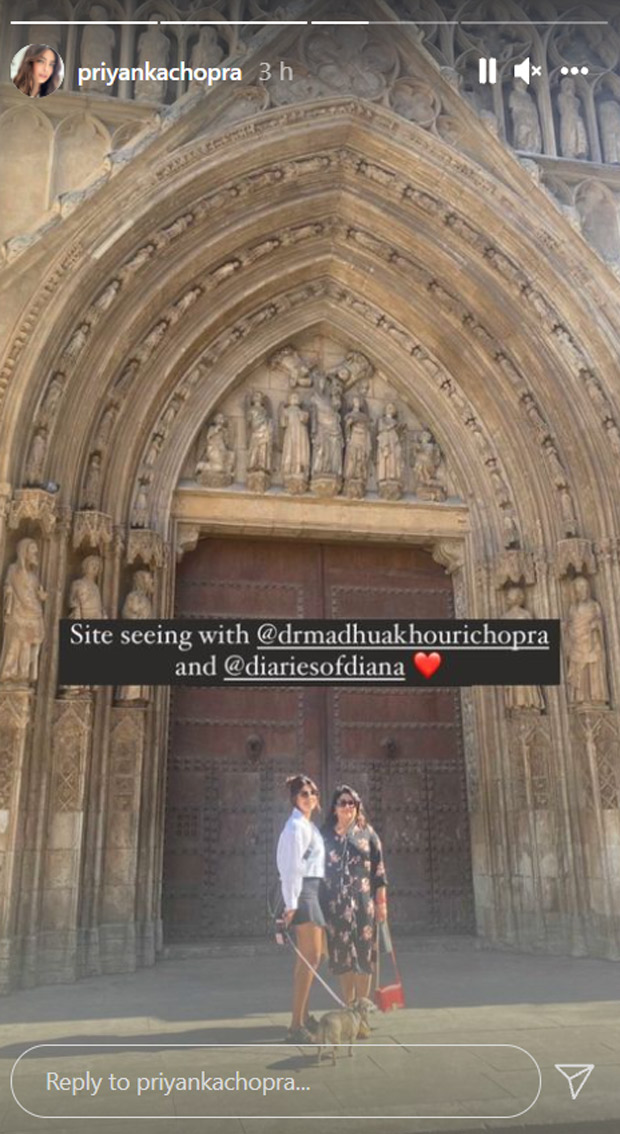 In one of the photos, Priyanka is wearing a white shirt, black skirt and her hair is tied in a bun. Madhu is wearing a black floral dress and carrying a red handbag. Priyanka’s dog Diana is also with them in the photo. They are posing in front of a large gate of a historic building. 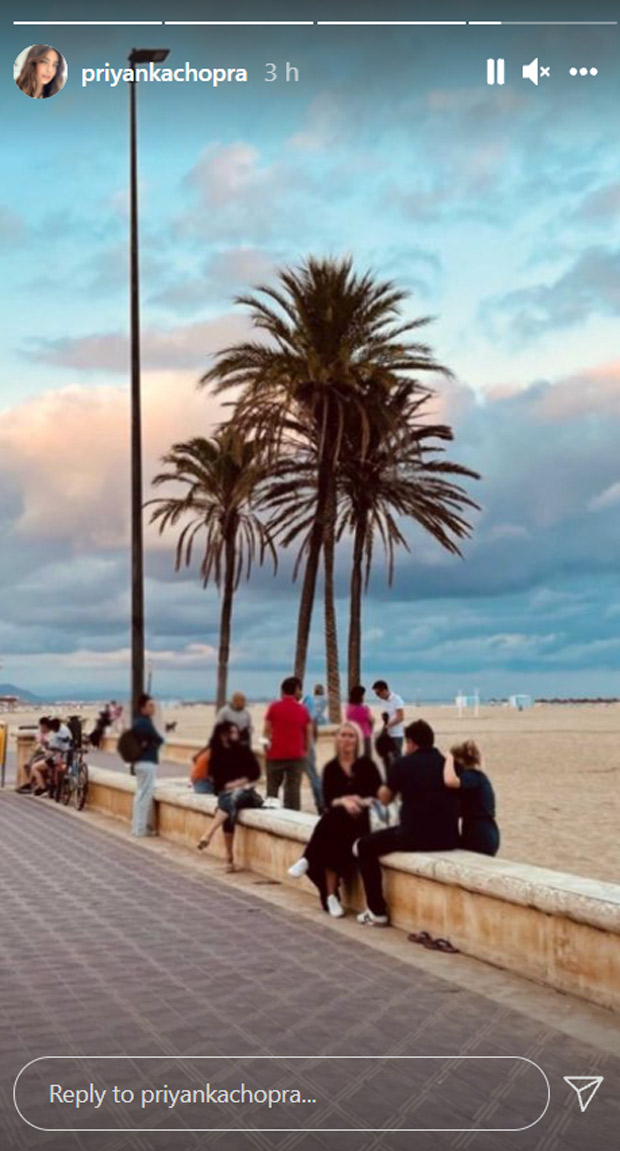 Currently, Priyanka is in Valencia, Spain, where she is shooting for Citadel, a spy series which is produced by The Russo Brothers and will also star Richard Madden of Game of Thrones. Previously, the crew had been shooting for the show in London since earlier this year.

Meanwhile, on the work front, Priyanka has a huge line up of projects. She will soon appear in The Matrix: Resurrections with Keanu Reeves. She also has Text For You with Sam Heughan of Outlander, an untitled wedding comedy with Mindy Kaling, the Sangeet project with Nick Jonas and Jee Le Zaraa, with Alia Bhatt and Katrina Kaif. Moreover, Priyanka also turned Broadway producer with Douglas Lyons’ Broadway comedy Chicken and Biscuits.

Also Read: Priyanka Chopra reveals that she was bashed for her changing body and was told she is ageing