It’s all very familiar and probably not too hard to imagine how the movie will progress, but the scares will make or break the experience, and based on the trailer, ‘Smile” sis more than promising. There’s also no telling about what this movie has hidden under wraps: all that we’ve seen so far of the trailer is exactly what we’d expect from the premise while details on the mystery and characters remain scarce.

Sosie Bacon leads the cast as Rose, growing more paranoid by the minute as she tries to make sense of the potentially supernatural force that’s haunting her. Also starring in the film is Jessie T. Usher, Kyle Gallner, Robin Weigert, Caitlin Stasey with Kal Penn, and Rob Morgan. “Smile” is written and directed by Parker Finn and adapted from his 2020 short film, “Laura Hasn’t Slept.” The horror short followed a woman haunted by a recurring nightmare and received not just critical praise, but went on to win the SXSW Film Festival’s special jury Midnight Short award.

“Smile” will arrive in theaters on September 30, 2022. You can check out the synopsis and poster below.

After witnessing a bizarre, traumatic incident involving a patient, Dr. Rose Cotter (Sosie Bacon) starts experiencing frightening occurrences that she can’t explain. As an overwhelming terror begins taking over her life, Rose must confront her troubling past in order to survive and escape her horrifying new reality. 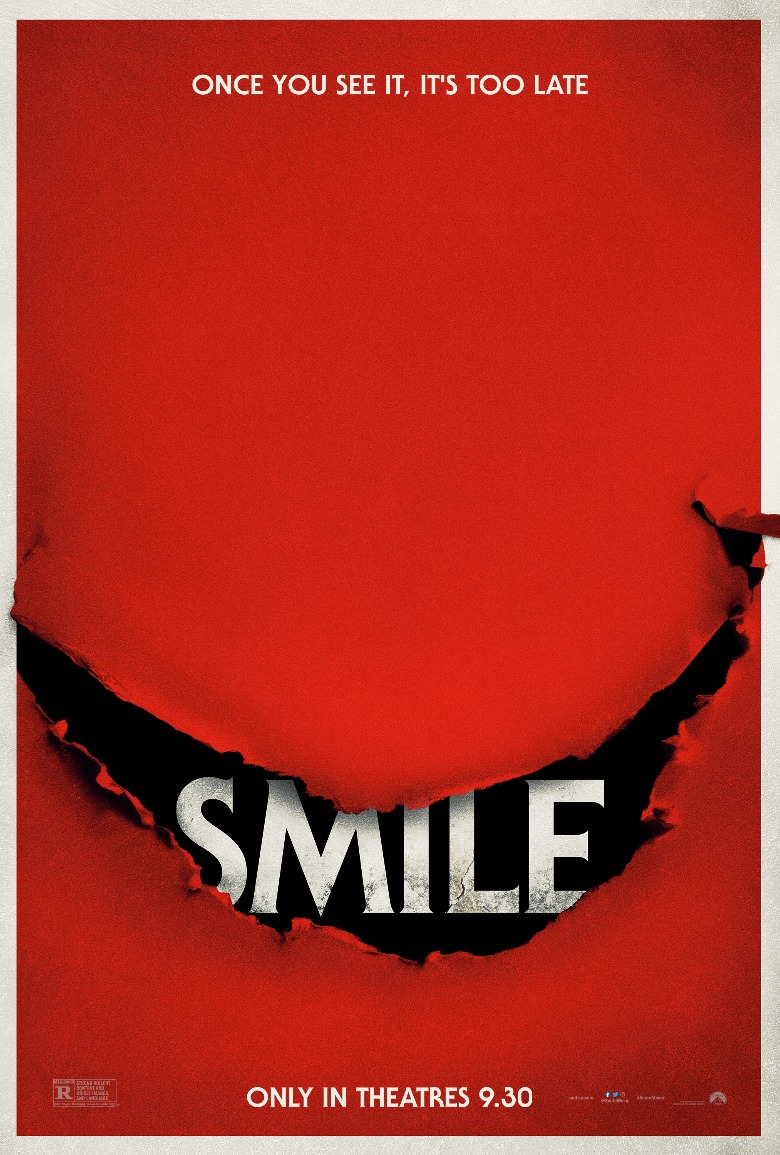