Global food crisis must be solved alongside climate crisis: Leaders at WEF

Increasing prices of fertilisers and inaccessibility of Ukrainian exports have made a delicate situation potentially dire, as 800 million people are now estimated to go hungry each night. Russian blockades of Ukrainian ports have further intensified world leaders’ focus on worsening food insecurity 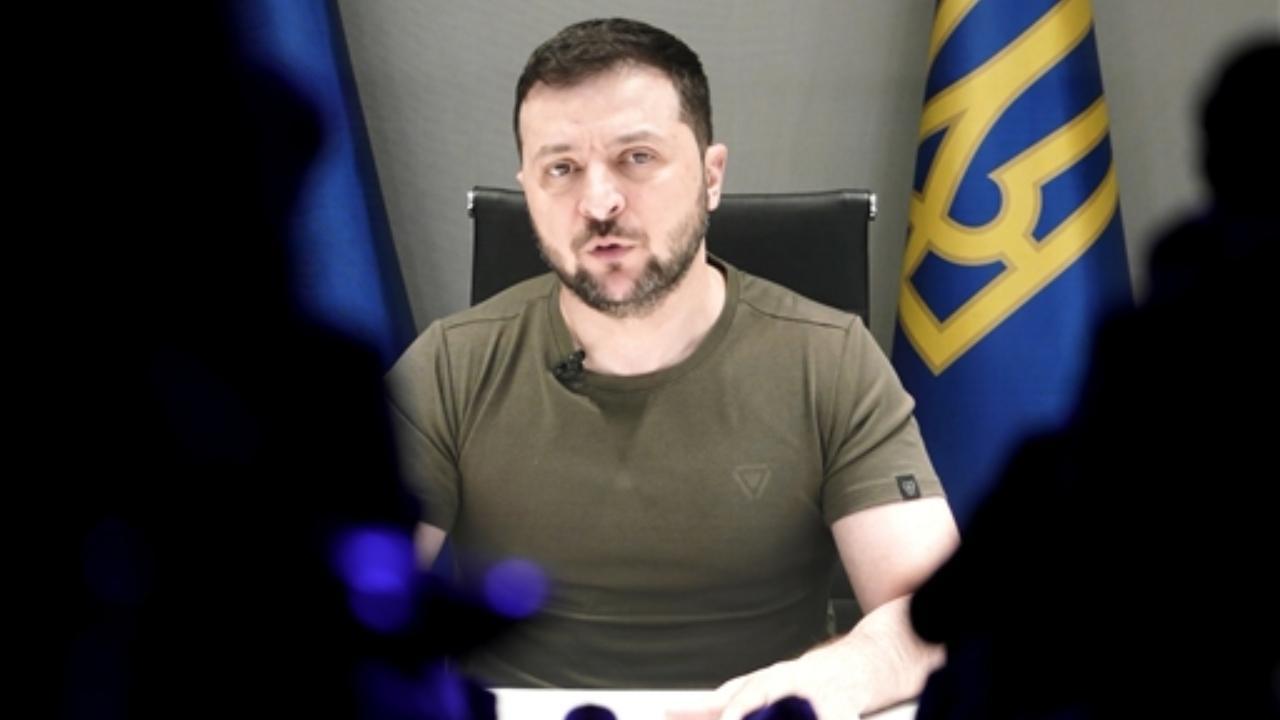 Ukrainian President Volodymyr Zelenskyy displayed on a screen as he addresses the audience from Kyiv on a screen during the World Economic Forum. Pic/PTI


The war in Ukraine has exacerbated food insecurity worldwide due to precarious supply chains, increased fertiliser prices and blocked grain exports, leaders said at the World Economic Forum Annual Meeting here on Tuesday and called for resolving the global food crisis alongside the climate crisis.

Increasing prices of fertilisers and inaccessibility of Ukrainian exports have made a delicate situation potentially dire, as 800 million people are now estimated to go hungry each night. Russian blockades of Ukrainian ports have further intensified world leaders’ focus on worsening food insecurity.

The pandemic had already complicated global efforts to reduce famine and food insecurity, and those challenges have only intensified with the conflict in Ukraine.
“We’re taking food from the hungry to give to the starving,” said Beasley about the recent conditions.

At a panel discussion, leaders also said food insecurity is a problem not only for public health but also for geopolitics and security.

There is a risk that short-term efforts to combat food shortages could come at the expense of meeting climate and sustainability targets, given the interconnection between agriculture and climate change.

Global food production contributes more than a third of greenhouse gas emissions, and efforts to ramp up food supply could worsen emissions and reliance on fossil fuels.

Innovative technologies and regenerative techniques can improve agricultural productivity, according to experts.

“Agriculture has to be part of the solution to climate change and the solution for food security,” said J Erik Fyrwald, CEO, Syngenta Group.

He said the goal must be growing more food on less land and to do so, farmers can employ best practices from both organic and conventional farming.

He advised that EU food policy reforms that shift away from a focus on organics towards targets on productivity and emissions reduction could better address the current crisis.

Some leaders opined that Africa can play a major role in improving global food security, but the continent faces multiple challenges to unlocking agricultural productivity.

“If we don’t silence the guns, it’s not going to work,” said Philip Isdor Mpango, Vice-President of Tanzania, regarding the goal of increasing agricultural productivity.

He pointed to the continent’s young population — with roughly 70 per cent of the population aged 25 or younger — and the need to include youth in improving agricultural productivity. “We must strategise so we have the youthful population involved in agricultural value chains.”

Viet Nam is also experiencing the current food crisis alongside intensified effects of climate change, such as rising sea levels and saltwater intrusion.

Doing so requires a holistic approach that balances short-term and long-term strategies and involves multinational organisations, entrepreneurs, investors and farmers, the leader said.

Both wealthy and developing nations have a key role to play, particularly given that food production must increase more than 60 per cent by 2050 to feed the world and “solving the global food crisis is everyone’s business”, said Mariam Mohammed Saeed Al Mheiri, Minister of Climate Change and the Environment, United Arab Emirates.