The Big Picture’s launch was nothing short of an extravaganza. Host and superstar Ranveer Singh in his best element recently anchored an electrifying event wherein he gave everyone a small glimpse of what this show is about to bring. Having put up a magnificent show, Ranveer presented a trailer of the format in his dashing andaaz as everybody cheered for him. The day witnessed many incredible moments that got the adrenaline shooting right up in the sky! Take a look at the top 5 moments of Ranveer Singh at this splendid event. 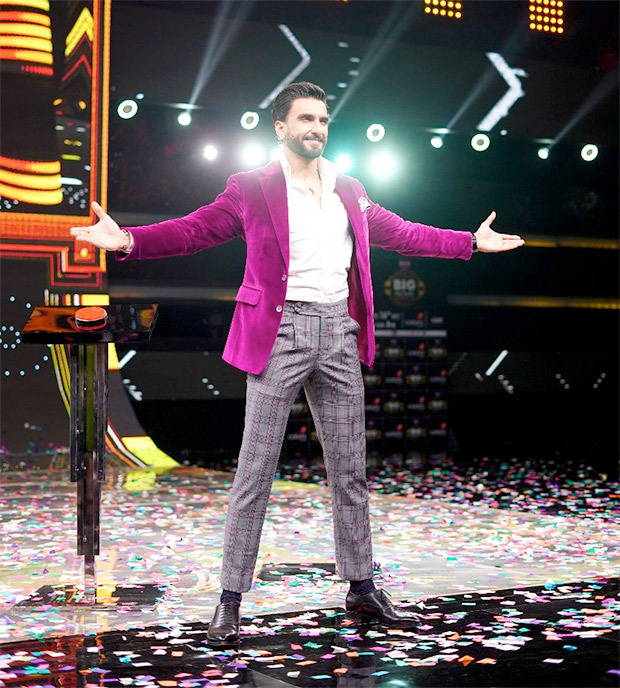 When he revealed the hilarious feeling he gets when he takes long walks with Deepika Padukone!
As Ranveer hosted The Big Picture quiz, a picture of a small puppy appeared on the ‘Big Screen’. Ranveer made a comic analogy that got everyone howling with laughter! The star said that he feels exactly like that little puppy when he takes a walk with his gorgeous wife!

When Ranveer confessed to looking up to Salman Khan!
As the event progressed, Ranveer opened up about how he got hosting tips from Salman Khan at the sets of ‘Bigg Boss’. He said, “Bhai ne aashirwaad diya hai!” Ranveer also wished for ‘The Big Picture’ to become a big hit, so he could buy a farmhouse in Panvel just like Salman!

When Ranveer got a fan proposal!
Who could resist the charming personality of Ranveer Singh? Certainly not a fan at the event, who went down on one knee to propose to him, despite knowing that he is married to Deepika. Taken aback by this unexpected proposal, Ranveer gave her a witty response as he said, “You are 3 years late!” Helping her back up as a true gentleman, Ranveer made a quip that made everyone roar with laughter. He said, “Abhi mujhe ghar bhi jaana hai!”, hinting at his wife Deepika, who was waiting for him at their home!

ALSO READ: With Anniyan remake in limbo, Ranveer Singh and Kiara Advani looking at another film with Shankar