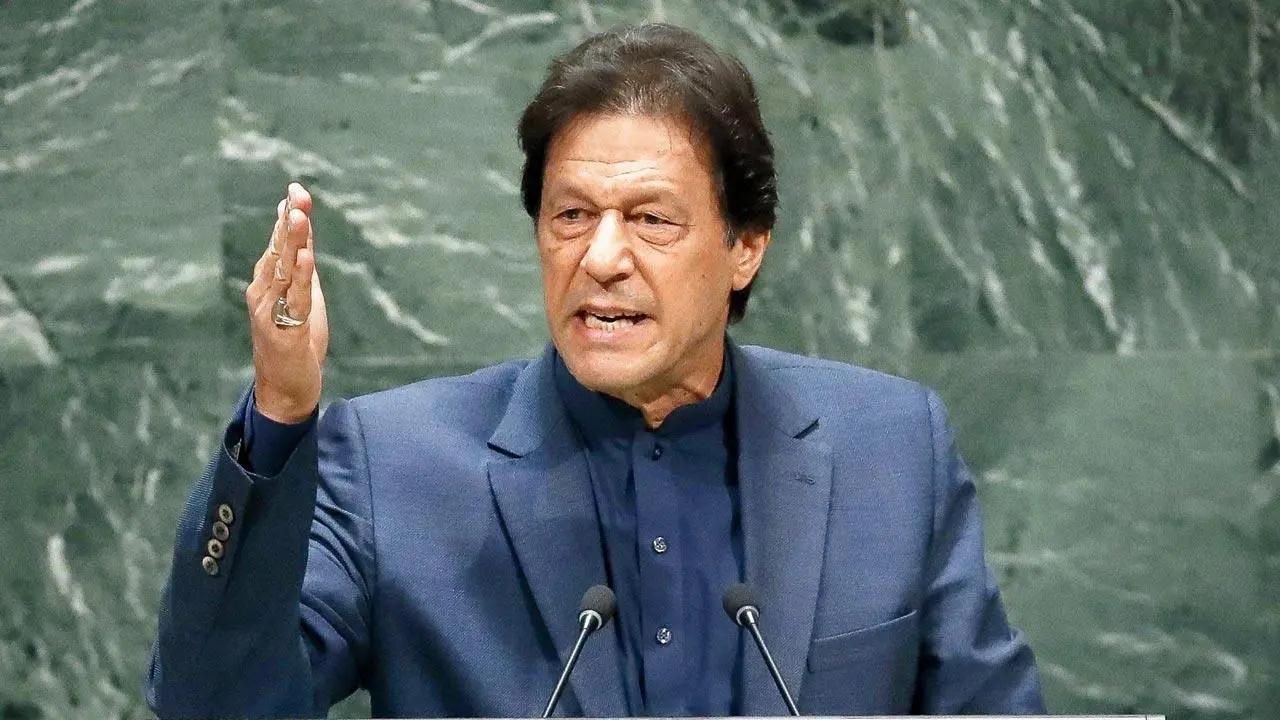 Pakistan police on Sunday booked 150 people including former Prime Minister Imran Khan in connection with sloganeering against Prime Minister Shehbaz Sharif and his delegation at the Masjid-e-Nabawi.

The case has been filed against two groups, a 150-member group from Pakistan and another one from London, who had been sent to Saudi Arabia, who harassed Pakistani pilgrims and stopped them from performing their religious rituals at Masjid-e-Nabawi, according to the FIR. Pakistan Tehreek-e-Insaf leader Asad Umar condemned the FIR against Imran khan and tweeted that it is ridiculous to file an FIR against him, reported Geo TV.

“No one in recent history has fought the case against islamophobia with more passion, logic and deep conviction than @ImranKhanPTI. To file a ridiculous FIR against him trying to show that he had anything to do with disrespect of masjid-e-nabawi is condemnable and reprehensible,” he tweeted.

A viral video is in circulation on social media platforms that showed hundreds of pilgrims raising “chor-chor (thief, thief)” slogans upon seeing the delegation making their way to Masjid-e-Nabawi.

In a video, Information Minister Marriyum Aurangzeb and member of the National Assembly Shahzain Bugti were seen along with others.

Blowing the roof off

Blowing the roof off