Director Andy Serkis says Eddie and Venom are wrapped up in this melange of chaos : Bollywood News

As Venom: Let There Be Carnage takes over the world with this unprecedented success, director Andy Serkis shares light on the relationship between Eddie and Venom, calling them siblings. “Eddie is probably the last person on the planet that you would want to share an apartment with,” laughs Serkis. “He’s pretty much self-obsessed and it’s no wonder his relationship with Anne (Michelle Williams) broke down because he’s not the most reliable partner to have but he’s got to try and keep Venom under wraps – that’s the deal. “And they live together, they’ve had all this time together, and they wind each other up and that’s really the basis of their relationship in this second film. It’s moved on a stage – it’s not just Eddie suffering from living with a parasite; he’s living with a parasite. 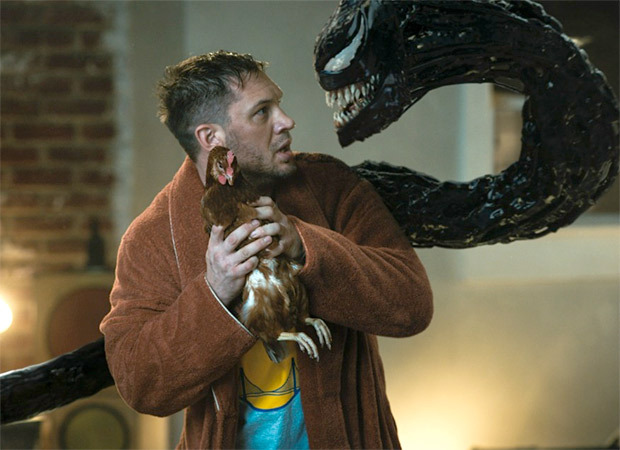 “And in many ways, Venom is the only confidante that Eddie has got but the same time Venom is like this out-of-control child who is incredibly clever and sophisticated and yet, the scale of him in that small apartment, means that place is continually wrecked. “They have this arrangement where Eddie is like, ‘you live in my body, you live by my rules’ but Venom, of course, can break out whenever he wants so there is this constant battle. ‘It’s my time – no, it’s my time!’ And yet, they kind of, weirdly get on.

“It’s that idea that once a symbiote is in your body it kind of reflects your personality and so Venom very much puts a mirror up to Eddie and shows him his foibles.“And the way it has developed is that there is a loving nature, a sort of playfulness, and they both teach each other, they care for each other and are siblings to each other. And they are wrapped up in this melange of chaos,” he laughs.

ALSO READ: “There’s nothing black and white about Venom at all”- Director Andy Serkis