Bigg Boss 15: Shamita Shetty gets into a fight with Nishant Bhat as he supports Pratik Sehajpal : Bollywood News

In the latest episode of Bigg Boss 15, the juglewaasis have decided to make the privileged contestants life a living hell. Karan Kundra shared with Jay Bhanushali that it’s been three days that the Gharwasis have taken the map, but they haven’t done anything to make their life difficult. They are just sitting quite and that’s why Shamita Shetty, Pratik Sehajpal and Nishant Bhat are not getting affected. He tells his team to do something which will make the trio come out of their comfort zone. 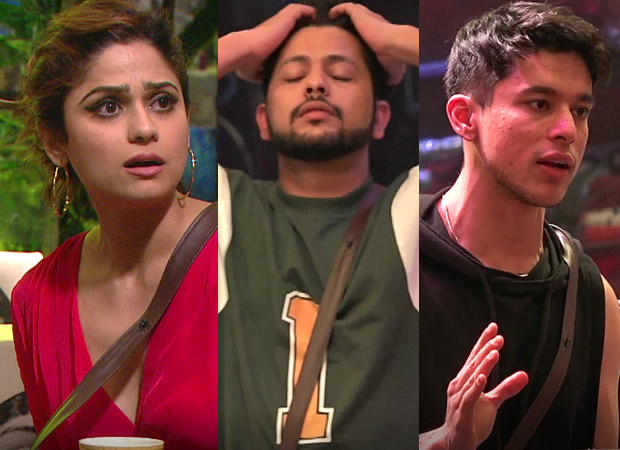 The junglewaasi’s trick was to break the unity of the trio and pit them against each other. Pratik’s aggressive reaction worked in favour of their plan as they took his luggage and threaten Shamita and Nishant that if Pratik doesn’t stop showing his aggression, they will take away their stuff also.

Then Nishant and Shamita tries to calm Pratik down but he refuses to stay quiet and breaks the lock of the junglewaasi’s washroom. Shamita gets angry and tells Pratik, “You can’t be arbitrary in everything.” She then hands over a piece of map to the junglewaasis and makes Nishant angry. He screams at Shamita saying, “What you did is wrong Shamita, you had to ask.” She retaliates and asks Nishant, “Why are you screaming at me, I want you to shout at Pratik in the same way. You won’t do it because you don’t have the ba*** to do it.”

Disturbed with all this, Shamita broke down into tears and just then Pratik came inside. He starts fighting with her and she shouts at him. She tells him, “if you don’t care about me, I don’t give a sh** about you.”

The junglewaasis succeed in their plan and enjoy the scenario.