Bhumi and Samiksha Pednekar create a smokestorm with their latest pictures from Spain : Bollywood News

Bhumi Pednekar has carved a place for herself in the industry with several commercially and critically acclaimed films over the years. She made her debut opposite Ayushmann Khurrana in Dum Laga ke Haisha. 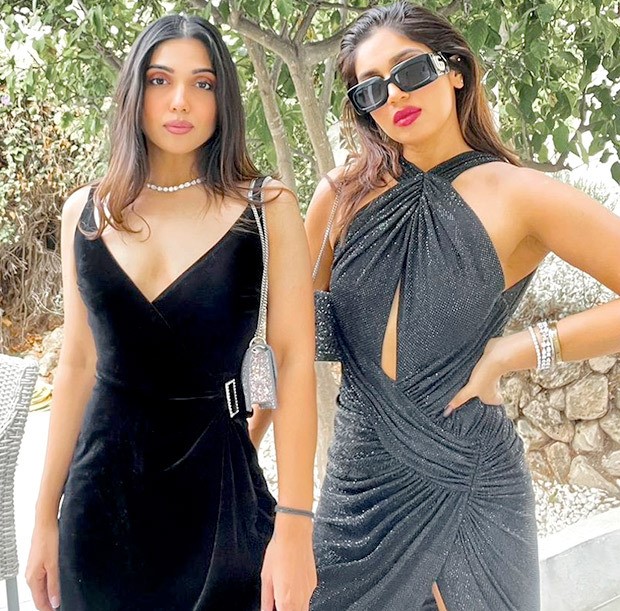 Bhumi Pednekar and her sister Samiksha Pednekar have set up fireworks with their latest pictures from Marbella, Spain where they are on a vaction.  The Pednekar sisters raised temperatures in sexy dresses. Bhumi opted for a criss cross halter neck shimmer dress with a risque cut in the centre showing off her toned mid riff. She kept her makeup bold with a heavy red lip with a shimmer bag. The dress hugged her in just the right places with a gathered front around the waist. She completed her look with chunky sunglasses from luxury brand Gucci.

Samiksha, on the other hand, styled a fitted black dress with a plunging neckline. The dress hugged her perfectly in all the right places. The black dress also featured a diamond studded belt at the waist. The Pednekar sisters made our jaws drop with these super hot pictures.

Meanwhile, on the film front, Bhumi  recently revealed that she would feature in the Akshay Kumar-starrer Raksha Bandhan. She wrapped up the shoot for the film. This would mark the third collaboration between Akshay and Bhumi after the duo shared screen space in the 2017 film Toilet: Ek Prem Katha. The two have also worked together on Bhumi’s Durgamati, on which Akshay served as co-producer. Bhumi also has Badhaai Do with Rajkummar Rao and Mr Lele with Vicky Kaushal in the pipeline.